Get colorful stars in wide-angle astro-photography

When doing wide-angle photography at night sometimes the scenery is made even prettier if stars or constellations do show up in the picture. However in most pictures, the stars never show up as bright and colorful as they appear visually. Prominent constellations like Orion, Big Dipper, Cassiopeia etc are barely visible on the image - their stars are captured in the image, but the constellations do not stand out and are not eye-catching. Therefore, images of a starry night quickly seem boring as they lack contrast in the night sky.

The reason for that is that in such starry night pictures, bright stars hardly seem bigger / brighter than the other stars. Especially when the picture is well focussed all stars are rather white pinpoints, not revealing the colors of their nature any more.

So how do you make bright stars also appear bright?
How do you get those little colorful halos around the bright stars without losing too much detail?

One option for creating these colorful-star-effects is using a soft fog-filter in front of the camera lens. Below is one example of the same region in the sky with the constellations of Cassiopeia ('the W') and Perseus, taken just after another with the same exposure settings. You can clearly see the effect that a soft fog filter creates. 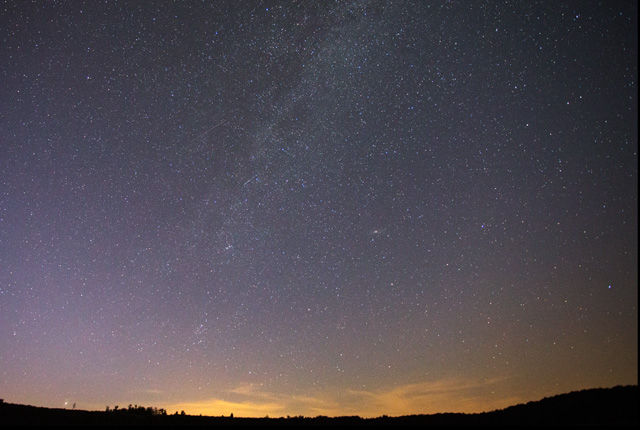 Now, bright stars are shown with a little halo making them much more prominent in the picture. Also, the halo has the natural color of the star, giving an extra bonus to the picture 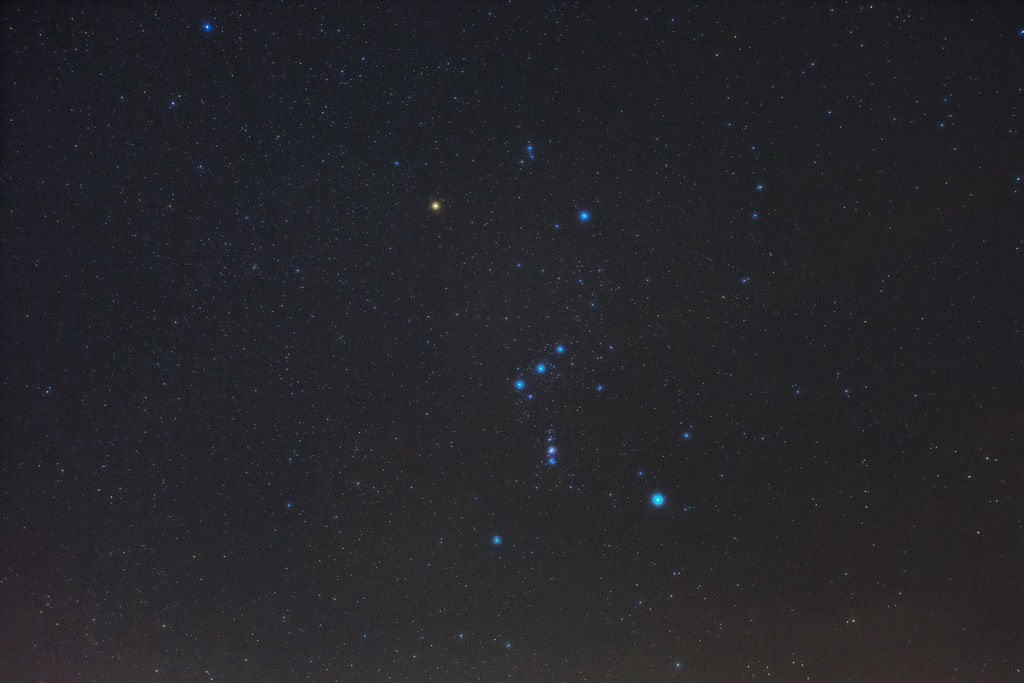 Example of the constellation of Orion using a soft fog filter. The bright stars show their natural colors and clearly stand out. Canon EOS + 40mm lens, no tracking mount, tripod only

This image of Orion was taken on Feb 15, 2020 when the organge star Betelgeuse was much dimmer than it used to be.